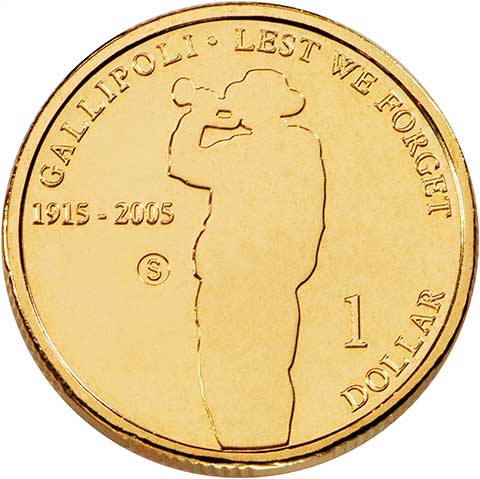 The Royal Australian Mint released the 2005 One Dollar Coin commemorating the 90th anniversary of the ANZAC landing on Gallipoli. The design of the coin has a silhouette image of an Australian bugler. This design is very plain and simple, but it portrays its message - Â‘Lest We Forget. The image captures the Â‘sounds of the last post being played as the sun sets over the beaches of Gallipoli. Whilst commemorating the 90th anniversary of Gallipoli, the image of the bugler is the highly relevant in relation to all conflicts in which Australia has fought.